This third blog concludes our TRILOGY of blogs about Reboot, culminating in an epic climax of unintended surrealism and wackiness.

(I never get tired of telling this story, this has to be the twelfth time already)

So, a bit of BACKSTORY.

As mentioned in the first part of this trilogy, we arrived four days prior to Reboot. Being poor students with not much lucky in the money department, we had to stay somewhere inexpensive. We chose the most cheap option available, which was around a 30 minute walk away from Dubrovnik itself, to be our headquarters at that time. When we arrived, we were greeted by a nice old man who was busy sweeping some pebbles together on his driveway. “You from Nederland?”, he asked us while pointing at us and smiling, “Ajax or Feyenoord? Doel! Tien punten!” (“goal, ten points”). Being the die-hard soccer fans that we are, we appropriately responded “Yes”. We had a conversation about places to go, where to eat, and ofcourse, the wifi password we desperately needed to upload our Reboot material. After getting a brief tour, he pointed at the pile of rocks he swept together and said “you can take one, as a souvenir!”. An interesting offer, considering the wide variation of souvenirs to take home with us.

The next day I was getting some coffee from the local cafe and ran into the man on the way over. After some small-talk about our first night there, he again asked “You from Nederland?”. This time, the subject was different however. “You guys have bikes with four wheels!”. So we both live in Groningen, which has more bicycles than people in it, but I’ve never seen a ‘bike with four wheels’ here, other than the occasional tuc-tuc, tandem, pretty much anything else with wheels which is not considered a bike. At least not in the Netherlands. Before I could reply however, he smilingly said “You guys live life in the fast lane! We in Croatia, we live life in the SLOOOOOOW lane! It’s the promised land!”. Now I don’t consider ‘bikes with four wheels’ to be that much faster than a regular bike, and if anything else, we also have cars with should be able to go even faster. But why does that make us the promised land? This man was really kind though, so all I could do is laugh with him.

Now we’re going to fast-forward ahead to the last day while skipping the details; the most important one being a termite infestation which made the owner feel so guilty that he offered us to stay for free. We didn’t really mind it since he swiftly took care of it, but after this little incident each time we ran into him he kept offering more random stuff; even his trusty umbrella during the rain which was at his side all the time! We declined all his generous offers and still paid him for our stay, but our last confrontation had to be the weirdest one.

During our development I was taking a break outside, where we ran into each other on his driveway. When we locked eyes, he immediately said “WAIT! ...I have a gift for you”. That was when he handed me this envelope: 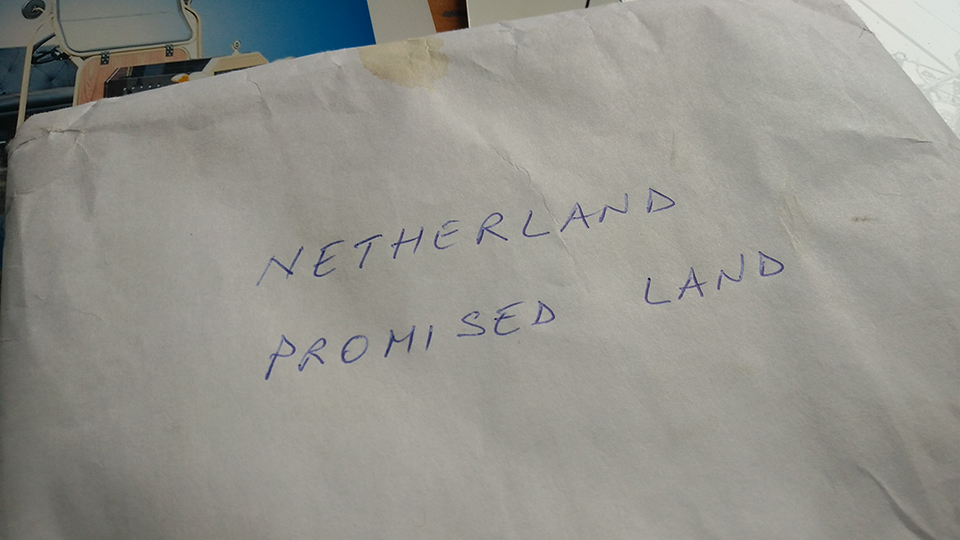 At first thought I assumed he wanted to return some money because of the infestation. That’s when I opened it and looked at the contents. To this day I still don’t know what to say about it, really. Just take a look: 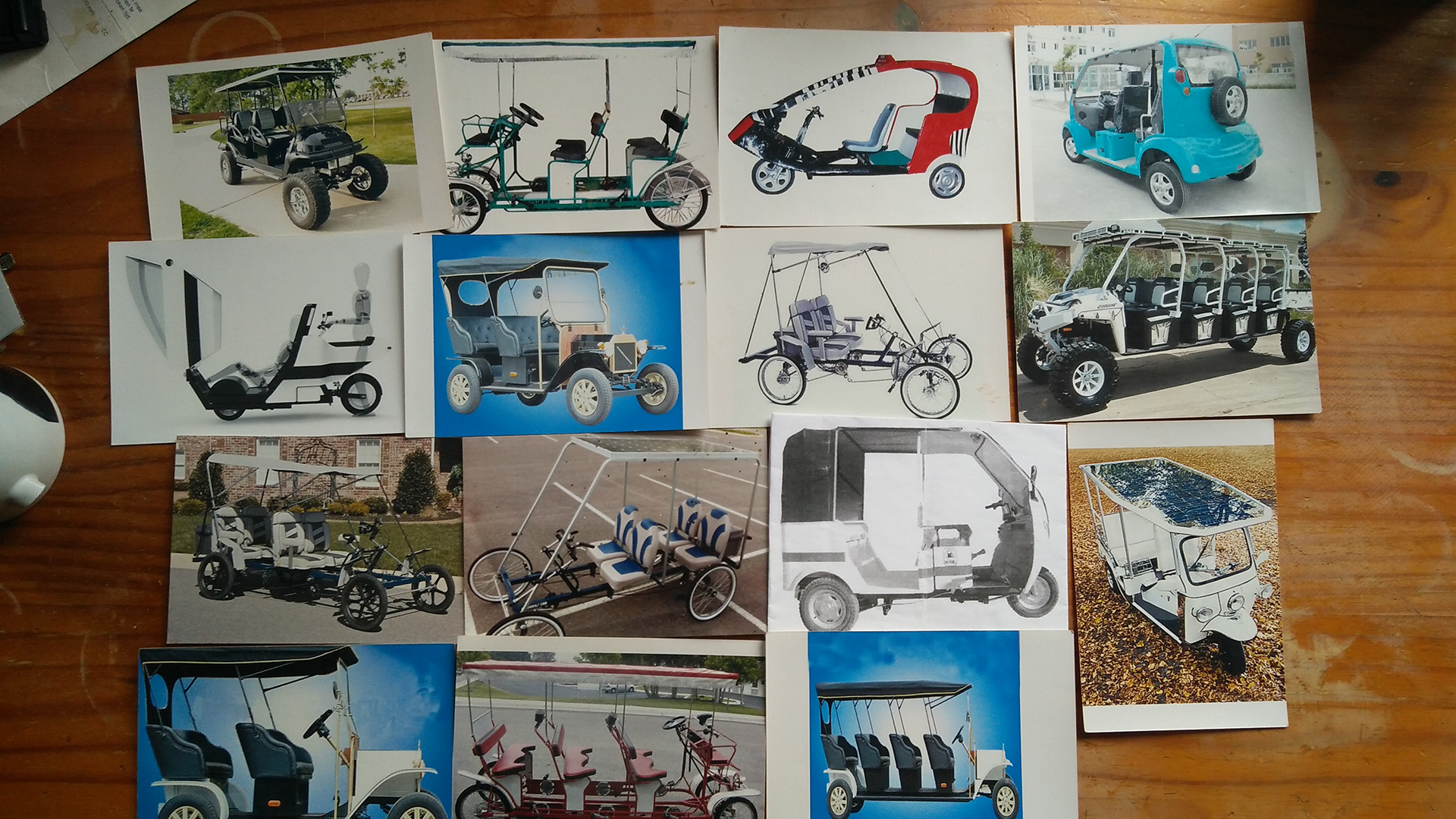 All of these are printed on photo paper. Did this man snap all these pictures? Or does he have a collection of these? Did he just give away his collection of rare four-wheeled bicycle pictures, or did he painstakingly print out each of these just for us? Does he do this with every traveller, having all these pictures of random objects, ready to be handed out just for the laughs? All these questions rushed through my head while I was looking at it. Are these even bicycles anymore? What is happening here? He certainly caught me off-guard and I had a hard time containing my laughter, instead saying “Ah yes I like this one. Wow that certainly looks great”. Now, I’m not trying to be a unthankful, because I really like the gesture and the effort he put into this, but this has to be one of the most random gifts we’ve ever received. Nevertheless, if there’s a bicycle with four wheels somewhere in town, we’ll snap a picture of one and send it back to him, it’s the least we could do.

Anyway, thanks for reading and if you have any crazy theories on why this happened, do share them with us!