Hello everyone, While Tobias was working on sounds and music, I’ve been sprucing up the graphics for the game. While still early in development, it’s really starting to form a beautiful world.

Before we started full-time production on Crimson Resonance, I’ve been practicing making animations with code instead of in the animation program itself. This makes it way less heavy on the loading times, especially when working with colossal, screen-filling monsters. If you’ve played the Ludum Dare version of the game, you might’ve seen one of these set pieces already (if you haven’t, play it, find him and poop your pants). In this version however, we really want to crank up that factor. That’s why I’ve been working on one of the giant monsters featured in the game and decided to give you guys a quick peek!

The first thing I did was doodle on the tattered pages of my sketching book. We knew we wanted something industrial, something incomplete and something HUGE. It would have to be made of parts like scaffolding, pipes, buildings and other rubble; loosely connected by wiring and pneumatic devices. After a few scribbles we decided on this lumbering giant; This guy would have to move like a crab, chasing the player while it’s “head” would swing around before him. I started working on the basic animations for this guy, with extremely crude drawings to test it out first. After settling on the actual size of the monster, I began redrawing the parts in higher detail. For animation purposes I break down all of its parts, which looks like this: 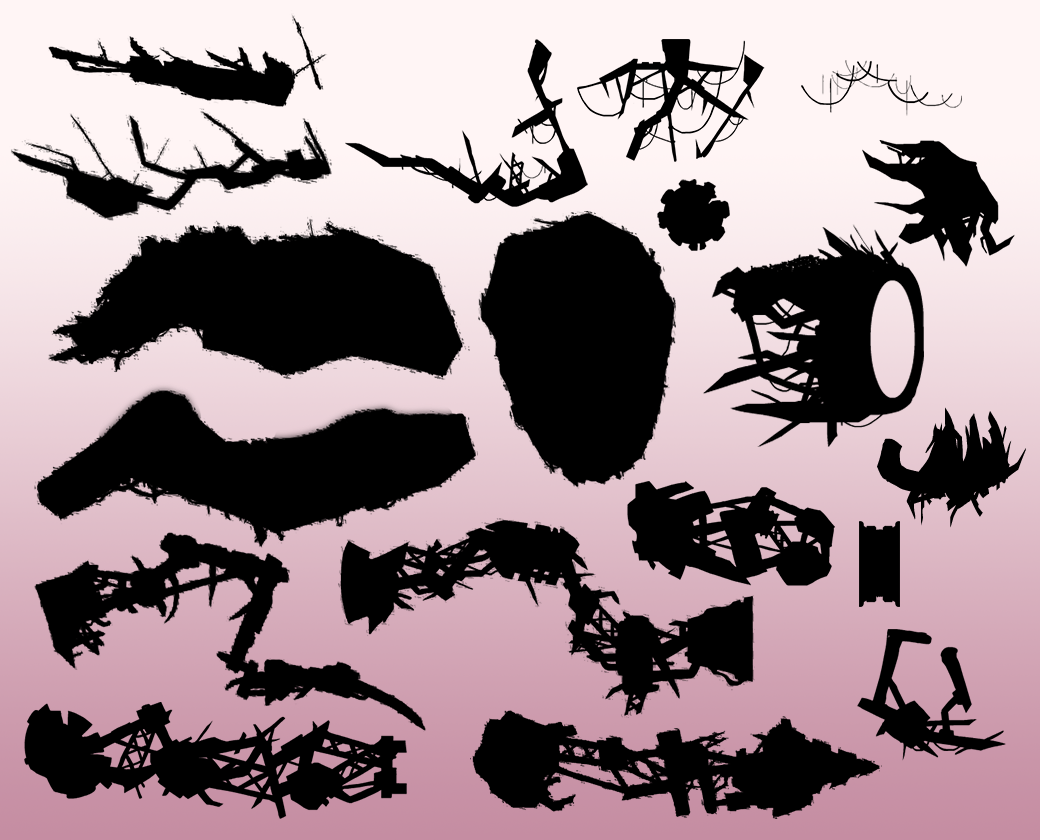 With modular animation this takes a bit of time; using my own tool, which is basically no tool at all, I have to rig all these pieces together using the power of (simple) math, make them move on its own while still connected to the other pieces. Every part consists of data like position, angle and size, which are individually and manually changed during the course of the animation. Writing down how much the lower leg should rotate, how much it would have to move horizontally and all that jibber-jabber, before filling it out in a simple script I can use in almost any project. After making these walls of text, I’ve added some smaller details like loose cables, stone and dust effects for when the ground is stomped, and a generally shakier feel adding to the make-shift look of the beast.

This is the final result, stampeding in all of its industrial elegance!  ( For higher quality go to https://webmshare.com/play/zB9NP )

Since it’s the first of many to come, I’m interested in what you guys have to say about this guy! Stay tuned for next weeks’ blog post breaking down Tobias’ sound design for this creature.